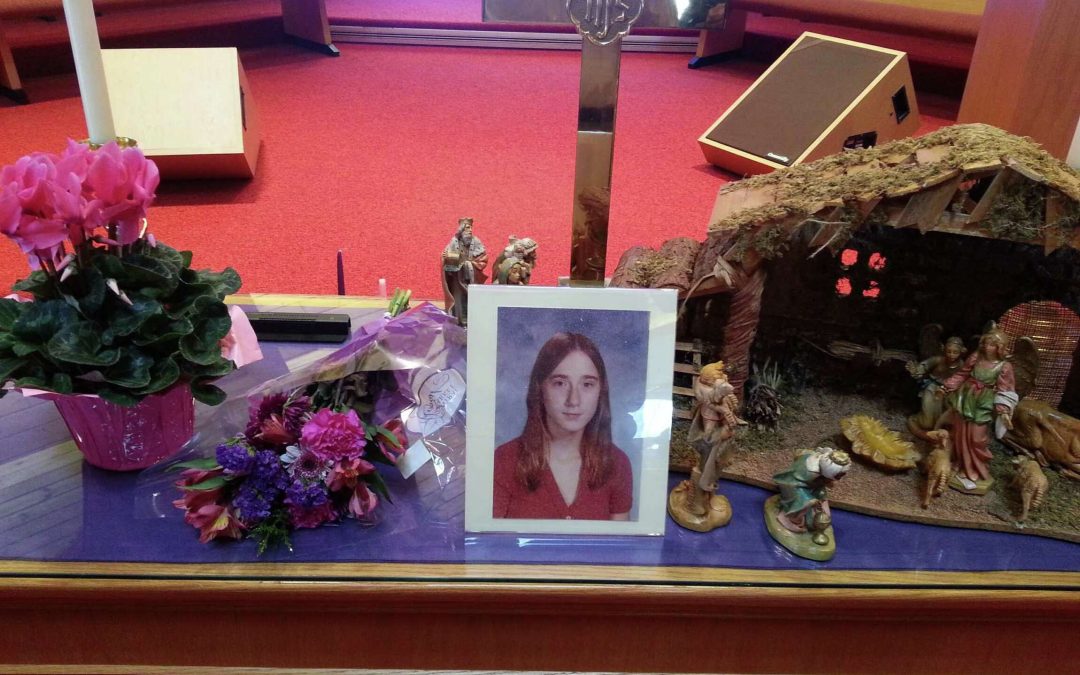 I wrote the following story in December of 2012, when I worked at Franklin Community Center. I was so moved by my interaction with Nancy and her story, that I wrote down the words from my heart to properly reflect upon it. Nothing could have prepared me for the fact that just one year later, Nancy would no longer be with us.

Nancy’s story is one of both bravery and fragility, letting us know that this life can present every one of us with so many ups and downs. I’m grateful that even 10 years later we can share this glimpse into the moments of hope, reminding us to remain humble, kind, and full of grace.

The story of Nancy Pitts
Written by: Bo Goliber on December 12, 2012

As I unlocked the door at 9 on that rainy Friday morning, she was standing on the porch with her familiar blonde hair and blue eyes. I did a double take, as I thought I recognized her from before, but she looked so much healthier and more kept than the person I was thinking of, so I second guessed myself and opted not to say, “Wow, you look great,” even though I was thinking it.

She greeted me warmly, as she shook off her umbrella and left it on the porch. I walked her inside, and she sat across from me at the front desk. I kept studying her face, trying to decide whether she was the person I remembered from previous visits, or was it just that she resembled her? The person I remembered would stop in to get hygiene products and toothpaste, often looking tired, dirty and defeated. I would see her around town pushing a shopping cart and even sleeping on benches, congregating with some of the homeless people in the city…

But the person sitting in front of me that morning looked different. She had a sparkle in her eye, her hair was styled nicely and her clothes were clean. Her gold Christmas pin on her jacket glistened as the light reflected off the red and green rhinestones. The office was momentarily quiet, so we engaged in conversation.

“I’m hoping you can. I’m just trying to see if I can get a round trip bus pass to the mall, please,” she said politely. She explained she was on a job search.

Bus passes, unfortunately, are not a service our agency (Franklin Community Center) offers, so as I made a few phone calls and waited for them to be returned, I took the time to learn more about her.

“I was homeless for a while,” she began to say, which confirmed my idea that I thought I knew her from before.

“Can I just stop you right there?” I asked, somewhat abruptly. (I’m not really known for mincing words.) “When I first saw you, I was going to tell you that you looked great, but I wasn’t sure it was you. I remember you from before. You’re clearly in a better place. What helped you get back on your feet?” I asked, wanting to know more about her journey.

“I got a wake-up call,” she said. “Something happened that just made me realize that I want to be here for my kids. They’re grown now, but I want grandbabies,” she said with a smile.

From there we chatted for about 15 minutes. I was completely moved by her story, a true tale of a downward spiral that somehow ended right-side up. And a lesson for me, in the midst of the Christmas season, that couldn’t have come at a more appropriate time. I wanted to know what made her decide to turn her life around after a year and a half of being homeless in Saratoga. I was compelled to know how she got there in the first place.

She explained that she had led a wonderful life. She was a stay-at-home mom, once married to an executive of a large organization. She was passionate about her kids, gardening and being a homemaker. But over the years, her marriage dissolved, her husband lost his high-paying job, her kids grew up, and she was left working a low-paying job to help stay afloat. A divorce, boredom and feeling unfulfilled made the occasional drink seem like an acceptable pastime. Soon, the loss of everything she knew had her living on the streets.

So, for a year and a half, she learned how to live her life as a homeless woman, traveling with those who were more familiar to the lifestyle. She admits that, although she would drink, she didn’t “need” to. She never considered herself a “drinker” since she really only enjoyed drinking one particular kind of rum, and if she didn’t have it, she didn’t drink. She realizes now this is likely what helped her do a 180.

She went on to tell me that a few months ago, she was so sick, malnourished and exhausted, she could barely walk—and while crawling down the area of Route 50, a kind woman stopped to help her. The last thing she remembers is being rushed to the hospital in an ambulance, falling asleep on the gurney.

Three days later, she awoke to the sound of a hospital Chaplain reading someone their last rites. This time it wasn’t hers, but the person in the adjacent bed. At her own feet stood a doctor who squeezed her foot and said, “Can you feel that? This is it, Nancy, it’s now or never. You don’t get a second chance.”

She learned she had survived severe pneumonia, a major blood transfusion and malnourishment. Had she not gotten to the hospital when she did, that doctor would have been right. She attributes her survival to that kind woman who stopped her car that day.

“I remember her face, her car, her voice,” she said. “She has no idea what she did for me.”

As I listened to the woman in front of me tell her story, I had the realization that hers is one that could literally happen to almost anyone. Once seemingly on top of the world, she had been to the bottom and was now on her way back up again. I had seen her many times pushing her shopping cart up the street— and even in the office on occasion—and while I didn’t judge her, I admit that I didn’t give her story much thought at all. Never once did I think that she and I might be sitting here one day, sharing our similar stories on the joy of being a stay-at-home mom.

“I once had diamonds in my ears,” she said, “But everything I had has been lost or stolen. I’ve gotta start all over from scratch, starting with my health,” she stated matter-of-factly. Given the simple gift of temporary shelter and support through agencies like ours, she’s in the process of rebuilding from square one.

“I’m only asking for the things I really need these days,” she said, as she turned down my offer for items from our food pantry, “but I’ll take that Ensure because the doctor said I need to put some weight back on!”

I took down her phone number so I could call her if I found a bus token. After she left, I took a moment to reflect upon the amazing interaction I just had. Whether it was the emotion of the holiday season or the lesson I had learned, I began to cry, grateful for the whole experience.

She has no idea what she did for me that day. But at least I helped her catch that bus. 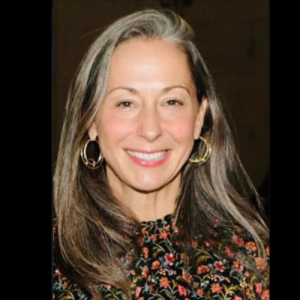 Nancy’s story is one of both bravery and fragility, letting us know that this life can present every one of us with so many ups and downs.