Give to Make Change 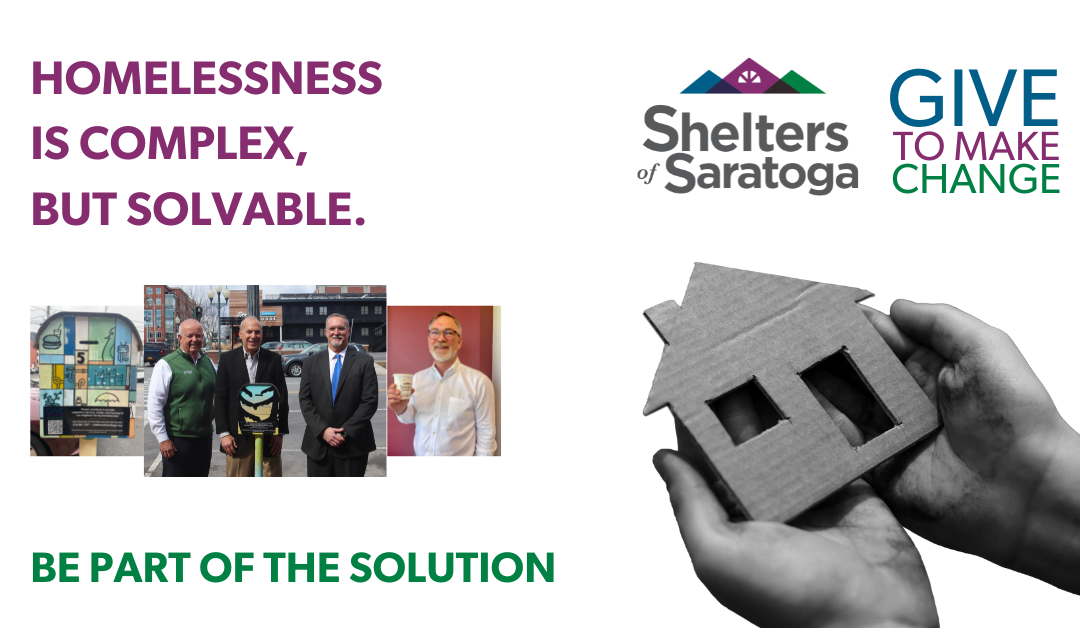 Give to Make Change Campaign received a generous $15,000 anonymous donation.

Shelters of Saratoga, the Saratoga County-based homeless service agency, has launched Give to Make Change, a new campaign aimed at educating residents and visitors about area poverty and homelessness. The campaign will also provide critical financial support for solution-based services that help end the cycle of homelessness.

“Homelessness and poverty are not unique to Saratoga County. Low-income families across the county are disproportionately impacted by rising consumer costs and vulnerable to housing loss.” Explains Duane J. Vaughn, Executive Director of Shelters of Saratoga. “Community-based services are effective at reducing area homelessness. SOS programs address the immediate need for temporary shelter, and work towards health and economic stabilization that forms the foundation for sustained housing.”

Give to Make Change received a generous $15,000 anonymous donation from a local business. The donation inspired Stewart’s Shops to get behind the effort. Coffee sleeves with the message, ‘Give to Make Change’ and information on how to donate will be distributed at the 53 Saratoga County Stewart’s Shops. “At Stewart’s Shops we support our communities and want to see them thrive. We are proud to partner with Shelters of Saratoga on this important initiative to educate the public and raise funding to fight poverty and help the homeless in our area,” said Stewart’s Shops President Gary Dake.

Joining the effort is the Special Assessment District, which oversees the donation drop boxes throughout the downtown area. The drop boxes encourage people to support Shelters of Saratoga services, rather than providing money directly to people on the streets. $30,000 has been donated in the dropboxes since 2016. Give to Make Change will provide an educational component to the dropbox fundraising effort.

“We realize greater impact can be achieved through a collective community effort,” states Harvey Fox, owner of N. Fox Jewelers and Chairman of the Special Assessment District. “We are happy to continue supporting Shelters of Saratoga’s programs and this campaign.” 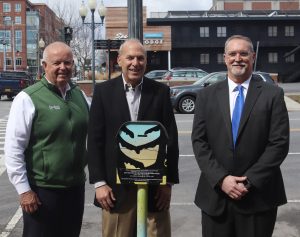 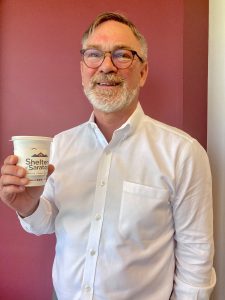 Stewart’s Shops President Gary Dake holds a cup of coffee with the Give To Make Change coffee sleeves that are being distributed in 53 Saratoga County shops. 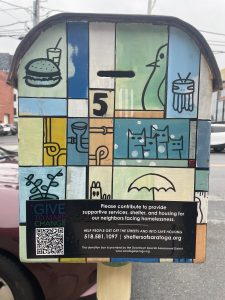 Donation dropboxes seen throughout downtown Saratoga Springs have raised $30,000 for housing and shelter services since 2016. Give to Make Change offers an educational component to this effort.