When Lightning Strikes – Part I 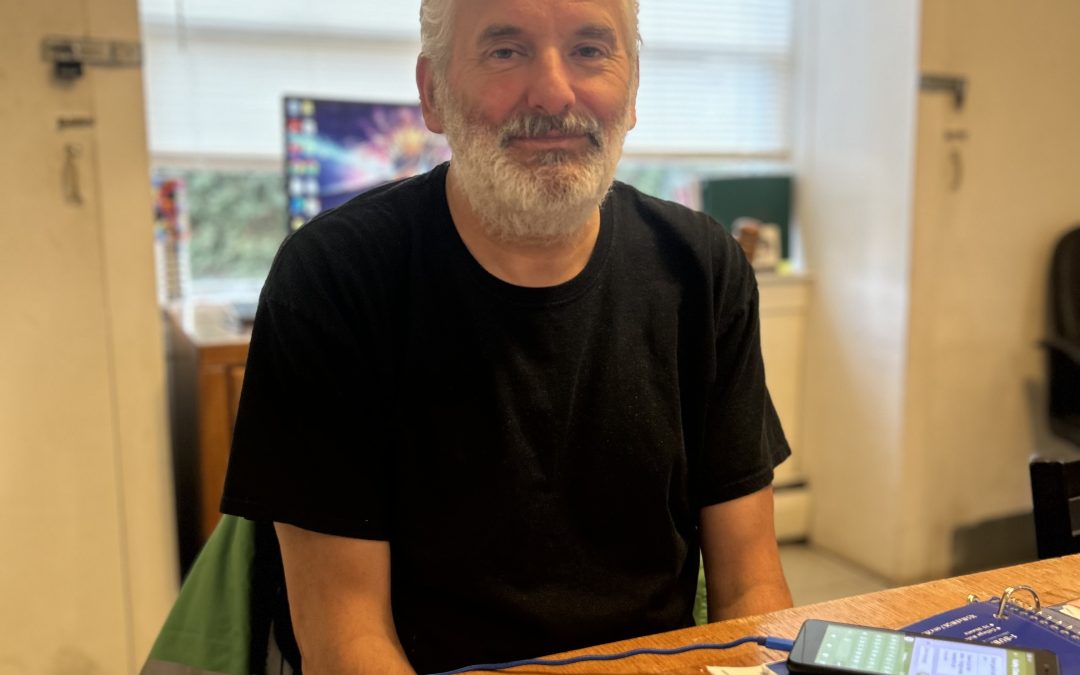 A story of Paul Bossford

February 2021, I was assaulted at work. The guy beat the hell out of me.

I haven’t been able to work, I got neuropathy in both feet. It’s going up my shins – I can’t feel them.

I lost my job, I lost my apartment.

Bipolar, I’ve been doing great, no temper. Until she pushes me. Swears. Pushes. I ask her to stop. Please. In front of my grandchildren. She pushes me again, I lose control of my temper.

I didn’t hit her. I didn’t push her. I just yelled at her.

She calls the cops. I get an order of protection. I sleep under a dock for 4 nights…

They call me up and say: ‘you gotta go to the shelter.’

The day I wheeled my father into the hospital was the first time he’s ever said ‘I’m proud of you and I love you’.

His first memory as a four-year-old was hiding behind a willow tree at his home, trying to pick the warts off his hands. His body was covered in them, actually; and the other kids teased his appearance relentlessly. “I remember them calling me Rudolph the Red-Nosed Reindeer.”

At a young age, Paul and his father had a difficult relationship, as well as his grandmother. “She didn’t like me much either,” he said. For his 9th birthday, he recalled a promise he made his mother – instead of a birthday wish – that he would …

He saw the way alcohol changed his father from a decent man into a mean, cold-hearted soul.

Despite his rough childhood, and an even rougher adolescence being molested by his cousin – Paul stood firmly on his word to his mother. “It’s a 48-year promise that I never broke. And I never will.”

This inspired Paul to become a volunteer for the local fire department. He knew they needed able, willing bodies. At 21 and 110 limber pounds, he was both able-bodied and willing. He loved this work; and did it happily for 13 years before becoming an EMT for the next 22.

“That day couldn’t get any better,” Paul recalled the day he and his teammates delivered a baby in 1992. “You know, we delivered a baby. Well, I found out I was going to be a father for the first time that same day. So, that was even better!”

Paul and his wife were married, had their first son in 1993, and twins in 1997. The marriage was “okay” for 7 years, but ultimately didn’t last. They were divorced in December 1999.

“In November, I gave my dad his first ride, or last ride to the hospital as the driver of the ambulance. When we were wheeling my dad into Saratoga Hospital – the first time he’s ever said ‘I’m proud of you and I love you’.”

Paul mentioned that was the very first time he’d heard anything like that from his father. Little did he know, it would also be the last time.

“That was the last time he spoke to any of us. December 28th of 1999, my dad passed away. I got divorced December 21st, so a week later you couldn’t ask for anybody’s life to change so quickly.”